Rolling Hills Club is hosting a trail cleanup day! Choose a trail or route to pick up the garbage. Bring the bags of garbage to the Trego Parking Lot along the Wild River Trail between 11:30am-1 pm on June 1st. Refreshments and Brats/Hotdogs will be served to everyone helping to clean up the trail system.

Comments Off on Trail Clean Up Day

Posted on May 22, 2019 | Comments Off on Free Camping Weekend and Poker Run

The City of Shell Lake has invited Rolling Hills Club members on a first-come first-serve basis to enjoy a free weekend of camping (Friday and Saturday evenings, August 2 and 3) in celebration of the opening.  New members that join the club by July 15, 2019 are eligible.  Here is a link to the new membership form:   As new memberships come in, we will forward the info to Shell Lake so that they have current roster information. Camping reservations can be made by calling 715-468-7846.

Klopps 5th Avenue Bar is organizing an ATV poker run on Saturday August 3.  The ride will include groomed and unimproved trails and new road routes.  There will be several prizes for winners including cash prizes, a week of camping, and club memberships.  A number of free give-aways will also be provided.

Comments Off on Free Camping Weekend and Poker Run

Comments Off on RHSC at Spooner Rodeo Parade July 8, 2017

Feb 8   –   Virtual Board Meeting 5:30 request credintials via “Contact Us” link

Comments Off on Calendar

Comments Off on Landowner’s picnic August 21, 2016 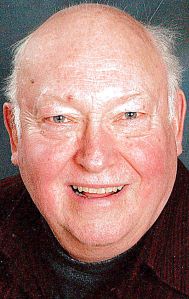 John was born on December 2, 1942, in Two Harbors, Minnesota, to Milo and Astrid Patrick. After graduating from Two Harbors High School, he received a bachelor’s degree in education from University of Minnesota-Duluth. He was employed by the Spooner School District where he taught industrial education and photography from 1965 until his retirement in 2000.

On August 6, 1988, he was united in marriage to Mary Tripp in Spooner.

John was a vibrant and energetic member of the Spooner community for over 50 years. He loved life and never let anything hold him back – seeing, building, making, photographing, painting, drawing, designing, or doing anything he found an interest in doing.

He made friends far and wide because of his life-long love of collecting – especially cars. John was a car guy and nothing held him back from pursuing his hobbies.

As a teacher, John held great love for the Spooner School District and all the fellow teachers that became his best friends over his 35-year career. He will be greatly missed by all who knew him.

John was preceded in death by his parents, Milo and Astrid; and his sister, Linda

A memorial service will be held at 11 a.m. on Monday, March 28, at Scalzo-Taylor Chapel in Spooner. Pastor Jack Starr will officiate.

Visitation will be for one hour prior to the service.

Comments Off on R.I.P John Patrick